In May we launched Hosted DoltDB, a cloud-hosted Dolt database with built in logs and monitoring. For those new to Hosted DoltDB, here are some blogs to get you up to speed.

We think Hosted Dolt is the best way to build applications using the world's first version controlled SQL database. The launch of teams makes that even easier. 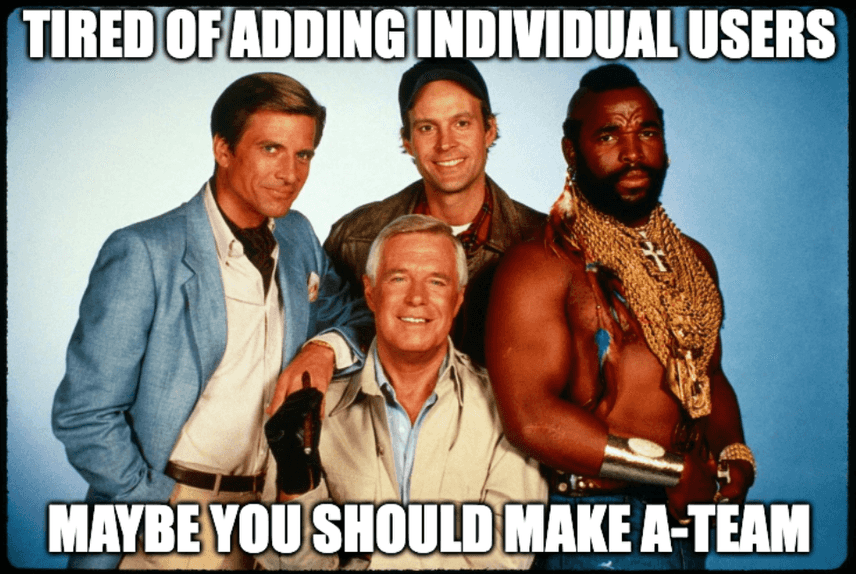 We recently added teams to Hosted, where you can create teams of organization members. These teams can then be added as collaborators for any deployment in the same organization. This allows the owner to give a team of devs ADMIN permissions in just a few clicks.

How to use teams

The workflow to add a team as a collaborator is the same on DoltHub. Any user who wants to create a team needs to be an organization owner. The Create Team button will be visible in the Teams tab of the organization page. 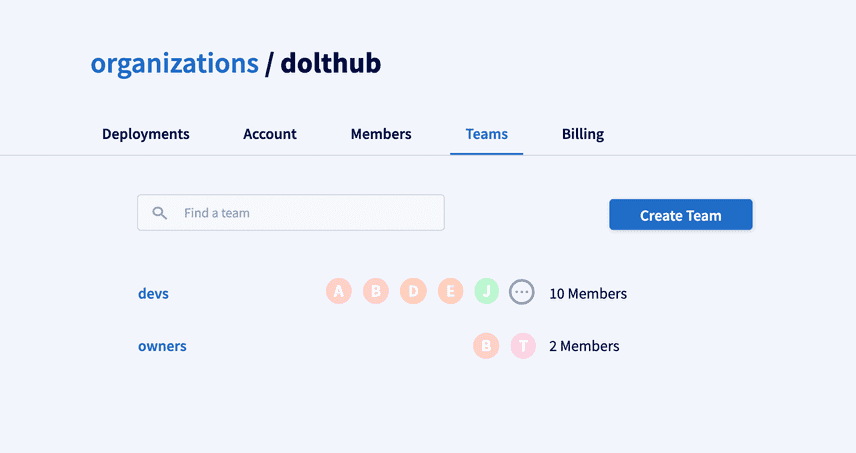 Organization owners will have the same permissions as a MAINTAINER. 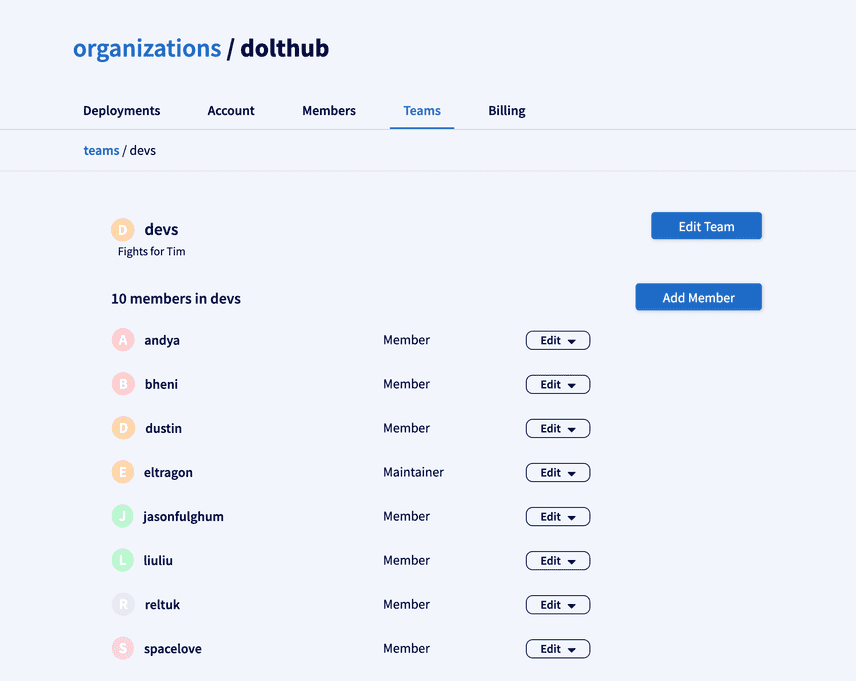 You can add individual and team collaborators from the settings tab on the deployment page.

Hallelujah 'tis done. You should see the new team in the list of collaborators. Now every user in the team you just added will have the permission you just gave the team.

Right now we only have READ and ADMIN permissions for deployments. We can add more types of permissions (DoltHub also has WRITE permissions) if people want them. If you want us to add more deployment permissions, feel free to file an issue.

It's important to note these deployment permissions only affect how users interact with the deployment page itself, and do not translate to actual database users. For example, someone that has deployment read permissions can still connect to the SQL server and make updates to it.

We have a long and exciting roadmap for Hosted Dolt. The database itself, and the Hosted offering, are getting better all the time, and now is the perfect time to try it. Come talk to us on Discord, or create a Hosted Dolt deployment today.