Dolt is a MySQL-compatible database with Git like features. In May we launched Hosted DoltDB, a cloud-hosted Dolt database with built-in logs and monitoring. If you're not familiar with Hosted Dolt, here are some blogs to get started:

We recently added a SQL workbench for your Hosted Dolt deployments, where you can access a read-only DoltHub-like database UI. You can read more about the workbench and how it was built here.

It's our goal to include the same features on the Hosted Workbench that make DoltHub easy to use as a collaboration tool among people of varying levels of SQL and Git knowledge. This includes allowing users to make changes to data using user-friendly table buttons that convert actions (such as updating a cell, deleting a row, or dropping a column) to SQL queries.

The Hosted Workbench is read-only by default and you'll need to opt in to allow writes. Assuming you have a started deployment and have followed these steps from the read-only workbench article, enabling writes is simple.

1. Go to the workbench tab of your deployment and check Enable writes 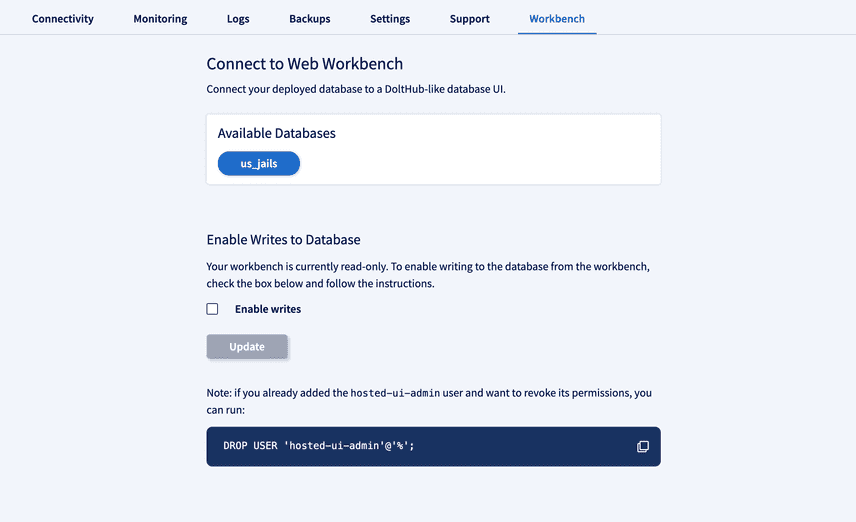 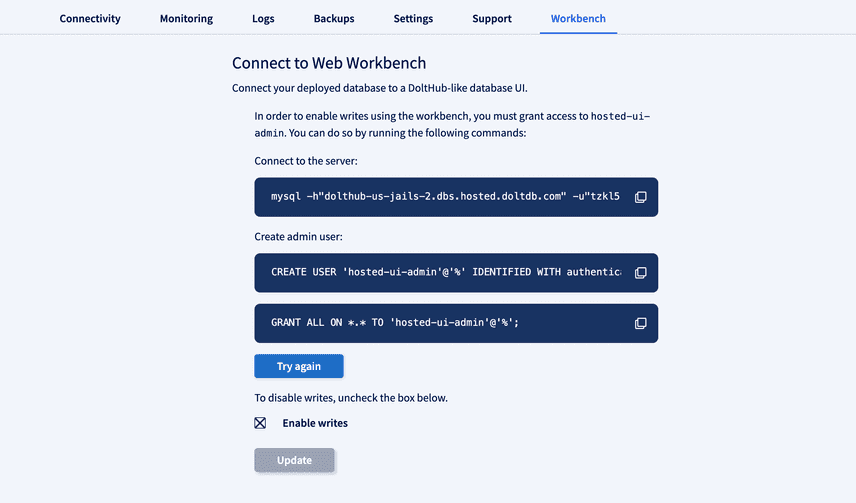 NOTE: Only deployment admins can use the writeable workbench. Users with read permissions will still see the read-only workbench even if writes are enabled. You can manage deployment collaborators in the Settings tab. 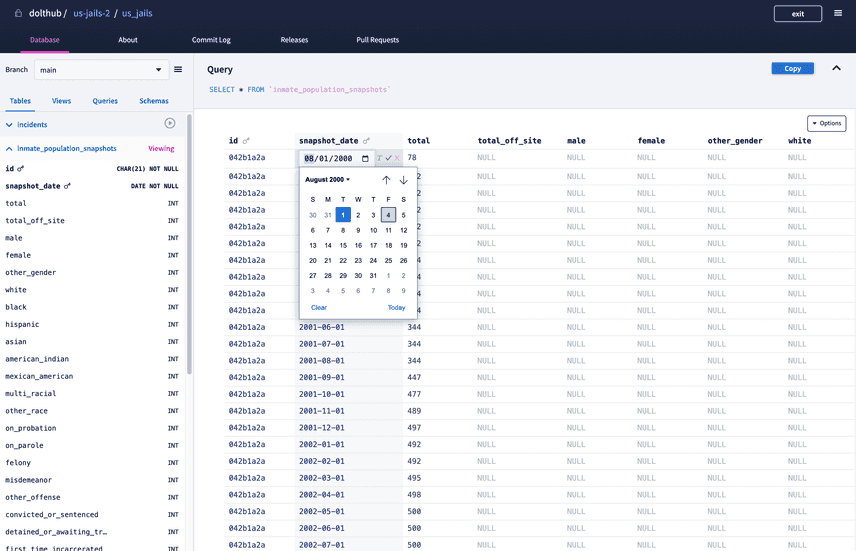 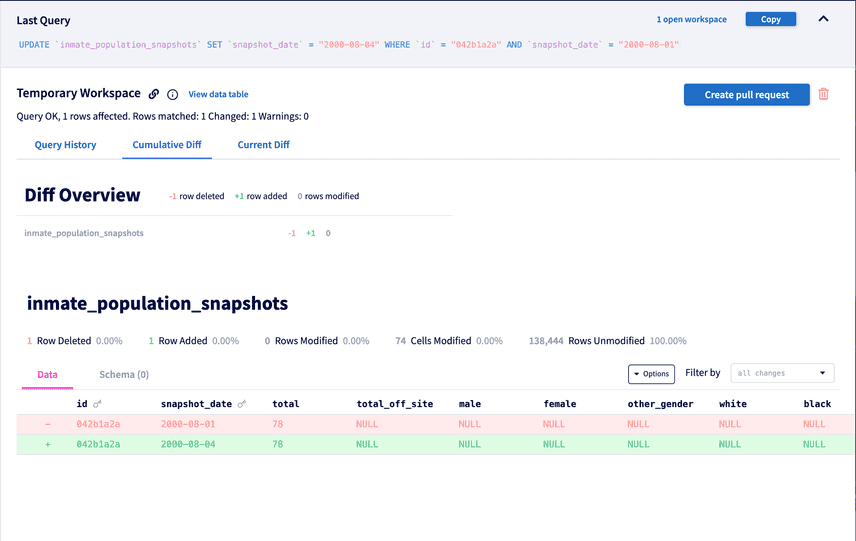 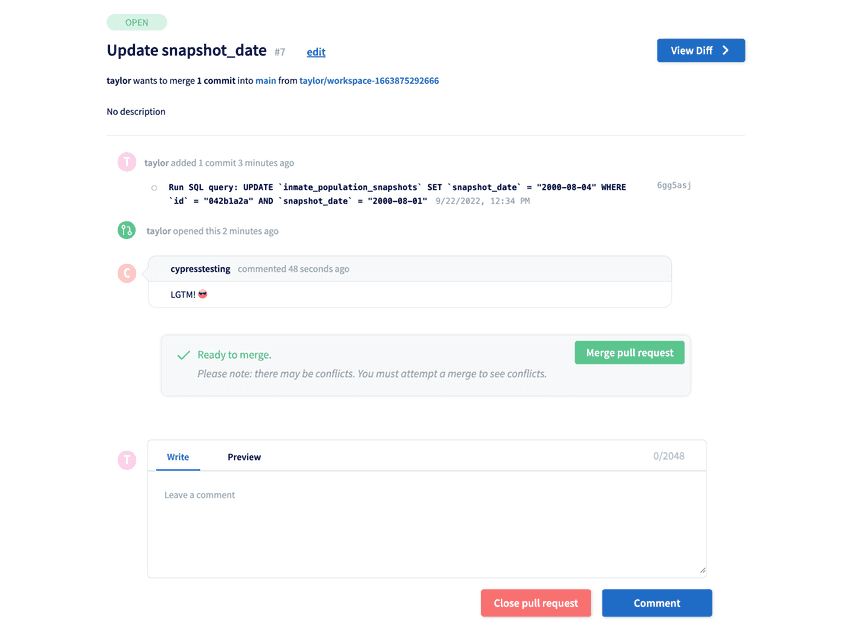 We want to make using the SQL workbench as seamless as possible. Instead of asking users to create database users on their SQL server themselves, we will have an option for these users to be created automatically when creating a deployment.

Unlike DoltHub, the GraphQL server behind the workbench communicates directly with the SQL server. There's some unimplemented Dolt-specific SQL functionality we found surrounding diffs and pull requests. Some examples include a dolt_diff_summary table function (currently in progress), a dolt_diffall system table, and two dot dolt_log for pull request commits. Diff and pull request load times should improve as these are implemented.

If you have any feedback or features you'd like to see sooner rather than later, make a feature request on GitHub or reach out to us on Discord.