I've always enjoyed working on hardware projects. Some past projects include a dual analog controller that worked with my iPhone, a "Make it Rain" machine that threw out a real dollar bill every time you swiped on your phone, and a pixel art painting robot. However, the one project that I have always wanted to build was a robot bartender. In this blog I'm going to cover how I installed Dolt on a Raspberry Pi to serve cocktails sourced from an open repository of cocktails on dolthub.com. 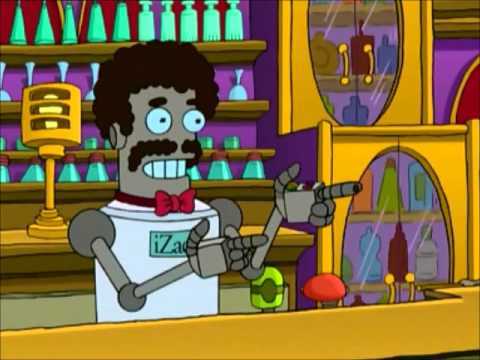 I dipped my toe in the world of cocktail robotics more than 15 years ago. My first design was a gravity fed cocktail mixing machine which used solenoid valves to dispense liquids, and a Palm tablet for the interface. I didn't get past the planning stage at that time, but in 2011 I made a more serious attempt. I bought the components, and began building a prototype. I used an Android tablet and interfaced with the solenoid valves using the IOIO for Android and some relays. It kinda worked in that I was able to open and close valves and dispense some liquids but there were a lot of problems:

Due to all these shortcomings, I scrapped the project within a few months of starting. 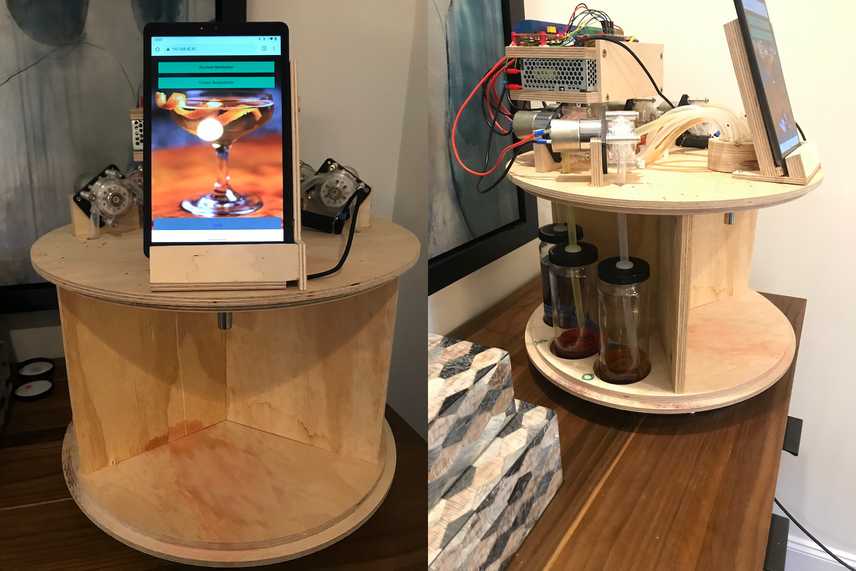 When I discovered how inexpensive peristaltic pumps had become, I immediately began working on a new design, and I found others who had made cocktail robots. The hardware portion of the robot is pretty straightforward. A Raspberry Pi acts as the brains. 6 of its GPIO pins are connected to an relay module, and six of the relays are connected to pumps. When the Raspberry Pi sets a pin high then a pump turns on, when it sets the pin low the pump turns off.

Using peristaltic pumps took care of my accuracy problems, and all the remaining issues I had were solved by using Dolt

Installing Dolt on a Raspberry Pi

Once the executables have been built, you will need to transfer them to your Raspberry Pi and put them in a directory which is referenced by your PATH variable.

At this point I had a platform that I felt confident could make drinks. One issue that remained is how I would source cocktail recipes. I drink a fair number of whiskey based cocktails, and felt comfortable that I could assemble my favorite recipes, but I am not going to expose myself to anything new if I just hard code my favorites. Also, what if somebody else wanted to make this, and they like gin, or vodka based cocktails. What I need is an open data repository where people can collaborate. Well this is exactly what we built with Dolt and DoltHub. The cocktails repository on dolthub.com is a place where I will be collaborating with others to build a large database of cocktails. Anyone can create a DoltHub account and submit a PR with their favorite cocktail recipes, and whenever I pull down the repository on my cocktail robot, all those recipes will be available.

In addition to the cocktail recipes, our cocktail robot also needs to persist some local state. Information on the number of pumps connected to the Raspberry Pi, which ingredient is pumped by each pump, and what GPIO pin needs to be turned on to control that pump. In the past I may have saved this data is a file, or persisted it in a sqlite database but since I am running Dolt there is a lot of power in putting this in a second Dolt database being served by the same server

Determining what drinks can be made

Now that I have a repository of cocktail recipes, and a database containing the hardware and ingredient configuration, my Raspberry Pi has all the information it needs. I put a simple web server together using Flask which accepts requests to make drinks. The Barpy code can be cloned to a Raspberry Pi and setup like so:

That will clone the python web server code from github to your Raspberry Pi and then clone the cocktails and barpydb repositories from DoltHub.

To run the dolt server, which the Barpy web server connects to there is a config.yaml file in the barpy directory which will serve both the cocktails and barpydb databases.

Finally the barpy web server can be run from the barpy directory like so:

Connecting to dolt sql server directly I can query the state to see what ingredients are available, and which drinks it can make.

Watch a drink being made:

Dolt runs on Raspberry Pi and can be used in your hardware project. It's simple to setup and run and has countless advantages over sqlite. In this project alone Dolt's data collaboration functionality allows me to source recipes from any number of collaborators, and when used as an application server provides the full power of SQL to greatly simplify the code. All the source and data for this project is open, and linked above. Download Dolt and give it a try. Or fork the cocktail repo and send me a PR with your favorite cocktail recipes.