Dolt is the world's first version controlled database. DoltHub is the place on the internet to share Dolt databases.

About a year ago, we launched data bounties. Data bounties use Dolt's cell lineage features to pay people for their contributions to a crowd-sourced database. We just completed our 10th data bounty called SHAQ, the Shared Hoops Database for Accessible Querying. Here's how we did.

The goal of SHAQ was to collect a comprehensive list of basketball leagues, teams, and players from around the world. We made meaningful progress against that goal. We collected 163 leagues, 9,828 teams, 315,967 players, and 1,011,324 player season statistics. That's a lot of hoops data.

This bounty had good participation with a total of 14 participants landing on the scoreboard. @abmyii once again takes home the top prize of $5,000. 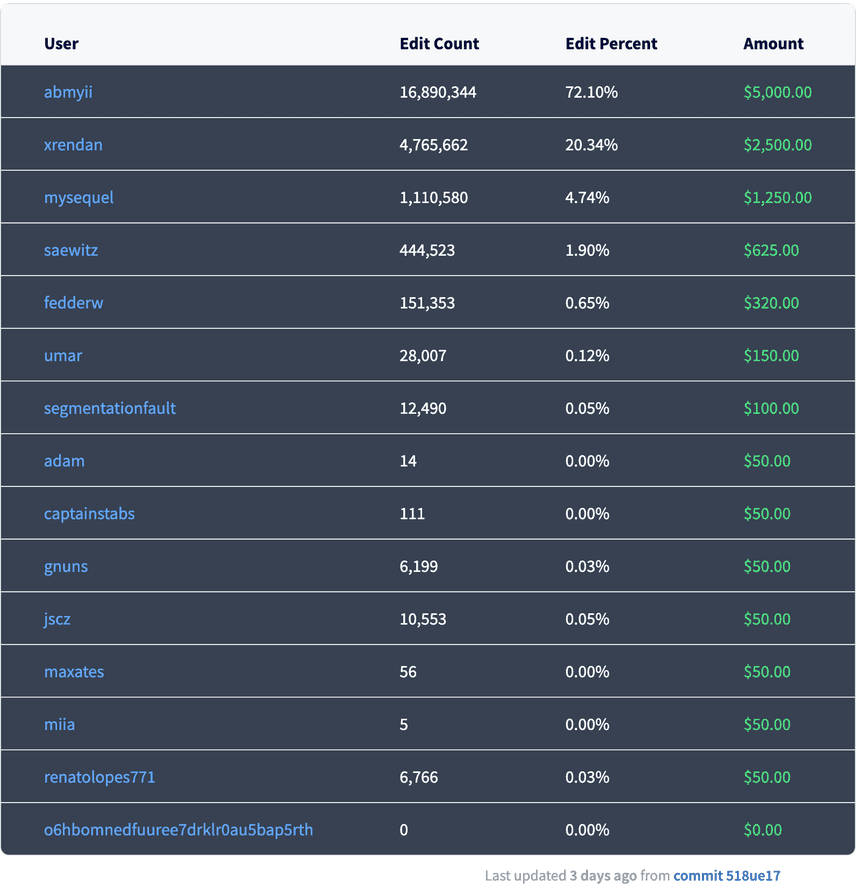 SHAQ was our first bounty focused on sports data. This bounty attracted a different audience than other bounties where we tend to focus on pricing or government data. We even drew some interest from the basketball analytics community.

This is pretty interesting: an attempt to build an open-source basketball statistics database (with a cash bounty for those who fill in the most data): https://t.co/wMfYlFcIHx

Sports analytics is a good entry point into data science and we look forward to hosting more sports data bounties in the future.

Due to some staffing challenges (welcome Alec/@spacelove!), this bounty lasted two months. Bounties normally last four or six weeks. Since this bounty was so long, it had two distinct phases, the normal early mad grab but also a more measured cleaning phase in the back half of the bounty. We were able to join a bunch of duplicate players. The latest US housing prices bounty is back to six weeks. We've been kicking around the idea of running two two month bounties concurrently because we liked the cleaning phase of this bounty.

So that's that for the SHAQ bounty. We're on to the US housing prices bounty. If you're interested in making money collecting data or version controlled databases in general, come chat with us on our Discord.