It's that time again. We just finished the US businesses bounty so it's time for a new bounty. We are launching a $10,000 bounty to build SHAQ. 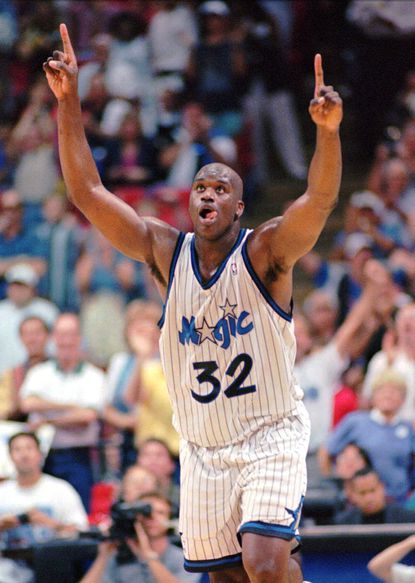 We came up with SHAQ, which for now contains uniquely keyed players, teams, leagues, seasons, and player season statistics. We've imported most NBA data already. We hope this bounty helps fill in Women's, NCAA, and International League data. We might even get some high school and AAU data.

If this goes well, we imagine extending SHAQ to games and play-by-play data. Maybe the next bounty...

SHAQ will be the first publicly available database that links players across leagues. You can use SHAQ to answer questions like "Who is the best Euroleague player to never play in the NBA?" and back your analysis with a link to SHAQ. We're excited!

We've inserted regular season and playoff NBA data from dolthub/nba-players. This data was sourced from the NBA.com API. There's a bunch more data to add. Also, potentially, there may be some errors in the quick and dirty import process I ran. Feel free to correct and clean the data.

We would love to get data for the WNBA. Here is a good place to start.

The python package we used to import NBA data has not been updated with the new 2020 NBA rookies. Grabbing these new NBA players and their 2020 statistics would be great.

The NBA All star data has not been imported. Figuring out how to model All Star teams I thought would be fun for a bounty participant. After you do that, you can run a SQL query similar to the one in this PR to insert the player statistics.

We would love to get NCAA men's player statistics. A good place to start is the NCAA website. The challenge here is to link any player that played in the NBA to their SHAQ Player ID.

We would also love to get NCAA women's statistics. The NCAA website also posts these statistics. Again, the challenge here is linking WNBA and NCAA SHAQ player IDs.

We want to start grabbing data about Men's international leagues. Here's a good resource to get started. We're not sure how deep we'll get here but bounty hunters have impressed us in the past.

This is where it will start to get a little crazy. How much pre-college basketball data can we get for the men's and women's game?

The schema is pretty straightforward. The tables are:

Use the NBA example to model your data. You will need to create new IDs. For everything other than players, just increment by one. Be prepared to revise your PR if we run into collisions. Start new ID spaces for players in new leagues at the 100000 mark and increment if adding a player to a league. For instance, if we added NCAA men's next, any non-NBA player already created should start at 100,000. Already created players should use the existing ID.

We are going to pay out based on rank again for this bounty, just like the previous us-businesses bounty. Your ranking is determined by the number of non-NULL cells you contribute to the database.

The prize structure is fixed and is as follows:

Let's build a great hoops database for everyone to use! If you have any question, join our Discord. The #data-bounties channel is always lively.